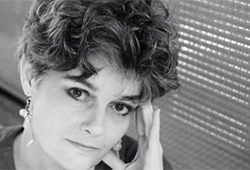 "Life is hard," says former Poet Laureate of Virginia, Kelly Cherry MFA '67. "A writing life may be harder than others—as the writer has to structure his or her work life; it's not defined by an employer, though teaching often accompanies writing."

When Cherry first came to UNCG's newly established MFA program in creative writing, she was scared to death, as she says, of talking to a classroom full of people. She didn't dream she'd become a celebrated writer who taught her own college classes and gave vastly well-attended public readings.

At that time, UNCG's graduate writing program was only one of two in the United States. And its purpose was clear; it was a place for young writers to develop their skills and begin significant literary careers. Notable figures such as Allen Tate, Caroline Gordon, Peter Taylor and Randall Jarrell served on the faculty, and many others came to give readings and lectures.


"When I got to UNCG, everything was about writing," Cherry recalls. "It was Fred Chappell and Bob Watson who guided me. Both were great teachers."

The writing community and literary culture of UNCG also nourished her capability.

"Being around other writers, the other student writers, was both helpful and fun," she says. "We were living the dream!"

Fifty years after her graduation from UNCG, Cherry is the author of 25 books of fiction, poetry and nonfiction. She is Eudora Welty Professor Emerita in English and Evjue-Bascom Professor Emerita in the Humanities at the University of Wisconsin, Madison, and has received numerous honors and prizes for her work, including fellowships from the National Endowment for the Arts and the Rockefeller Foundation. She has received the Bradley Major Achievement Award, a UNCG Alumni Lifetime Achievement Award, three Wisconsin Arts Board fellowships and selection as a Wisconsin Notable Author. In 2010, she was named the Poet Laureate of Virginia.

Cherry's fiction has been included in "Best American Short Stories," "Prize Stories: The O'Henry Awards," "The Pushcart Prizes," and "New Stories from the South." She was the inaugural recipient of the Hanes Poetry Prize given by the Fellowship of Southern Writers for a body of work.

"And somewhere around the age of 40," Cherry says, "I learned to give a reading without being terrified. By that time, I was teaching at the University of Wisconsin-Madison."

Today, UNCG's MFA program in creative writing still receives some of the nation's finest budding writers. Like Cherry, they receive the tutelage of accomplished faculty and give their final thesis readings in Saint Mary's House next to the campus.

Alumni like Cherry will make it possible for future writers to follow in her footsteps. In the years to come, the Kelly Cherry Masters of Fine Arts in Creative Writing Endowed Graduate Scholarship will give young writers the once-in-a-lifetime opportunity to learn the craft of writing under UNCG's masters, and to build significant careers in the literary world.

"I have no doubt that good students are still getting a splendid education in the creative writing program at UNCG," says Cherry. "Those of us who want to write seek out writers from whom we can learn. The faculty is very good. And Jim Clark and Terry Kennedy are there to see that all are taken care of."